5 and a Half Reasons Why I Love Bristol

5 (and a half) Reasons why I Love Bristol! 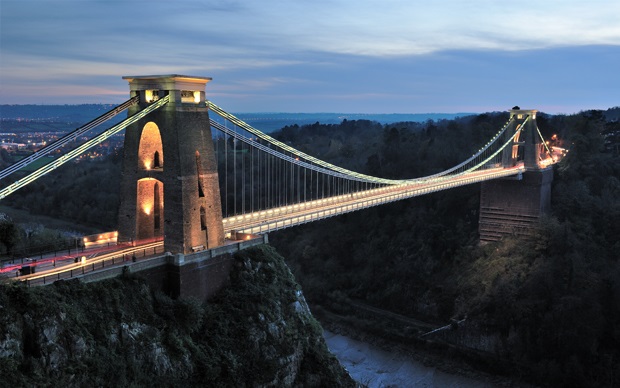 Well, it’s official!  According to The Sunday Times, Bristol is the best city in the UK to live!

Tell me something I don’t know!

However after reading the article, I’m not sure the writer had ever visited Bristol.  It certainly didn’t describe the city I love so much.

To save you time and a Sunday Times subscription, I would paraphrase the article as follows...

Now we all know that Bristol is more than Banksy Brunel and Clifton.  It’s Gloucester Road on a Saturday morning, it’s a pint at The Cornubia, it's football on The Downs.  So yes I agree that Bristol is the best place to live, but there are so many more reasons than just saying it’s where Banksy comes from.

So indulge me if you will, whilst I give you my top 5 (and a half) reasons why I love Bristol…

Bristol was one of the first cities to start developing the Waterfront with Baltic Wharf in the early 1980’s and it has therefore had time to mature.  The mix of residential business and tourist makes the Waterfront area sustainable, and unlike other cities not a residential ghetto.

With the Cotswold to the north and the Mendips to the south Bristol has one foot in the country and one foot in the urban.  You can be on Exmoor in just over an hour and Dartmoor in under two.  The country influences the pace of Bristol life, it’s just a bit more chilled than most cities!

I’ll admit that our regional lilt is an acquired taste and offers up the odd comedy gem, but I’d argue the people are some of the friendliest, most creative and welcoming folk around. It’s like we’re one big village community made up of lots of little community hubs, each with their own identity, and each with it’s own heartbeat. You can take the boy out of Bristol but you can’t take Bristol out of the boy

Bristol has more Georgian buildings than Regency Bath, thousands of quality Victorian terraces in central locations and suburbs with plenty of 1920’s and 1930’s semis.  There is an abundance of properties to suit every taste and every way of life, and compared to London and the South East property it’s relatively cheap too.

With excellent road and rail links Bristol is perfect as a base to visit other parts of the UK.  London and Birmingham are less than two hours away, Cardiff less than an hour.  Bristol Airport is expanding and is a gateway to Europe and beyond.

So there you have it, 5 and a half reasons why I think Bristol rocks.

What do you think makes Bristol the hippest, most happening place to live?

I’d love to hear your thoughts.

PS - Now all we need is one half-decent football team, preferably playing in red!
Well I suppose you can’t have everything!!

This is my Bristol – What’s yours? 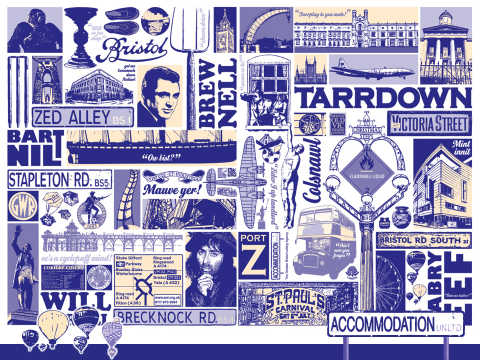